Where is Justice for Samuel Celestin? 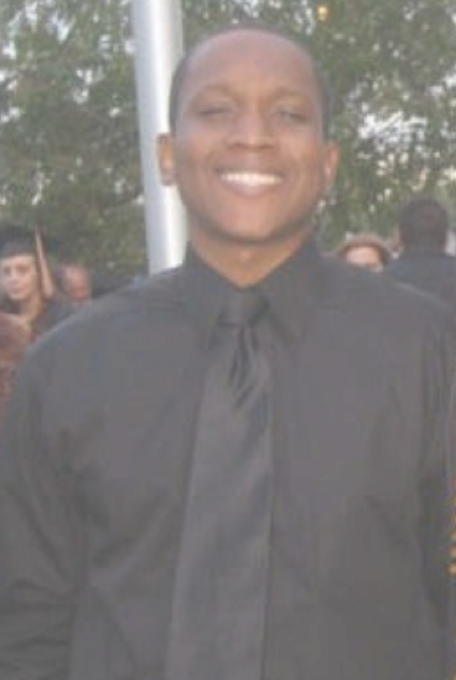 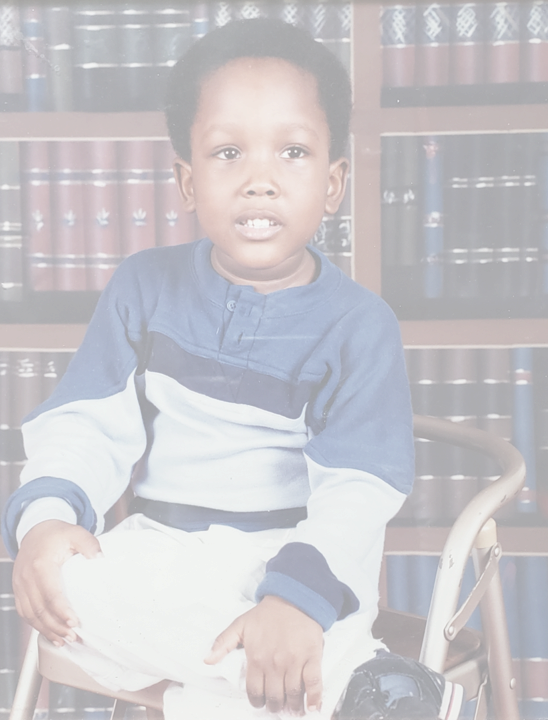 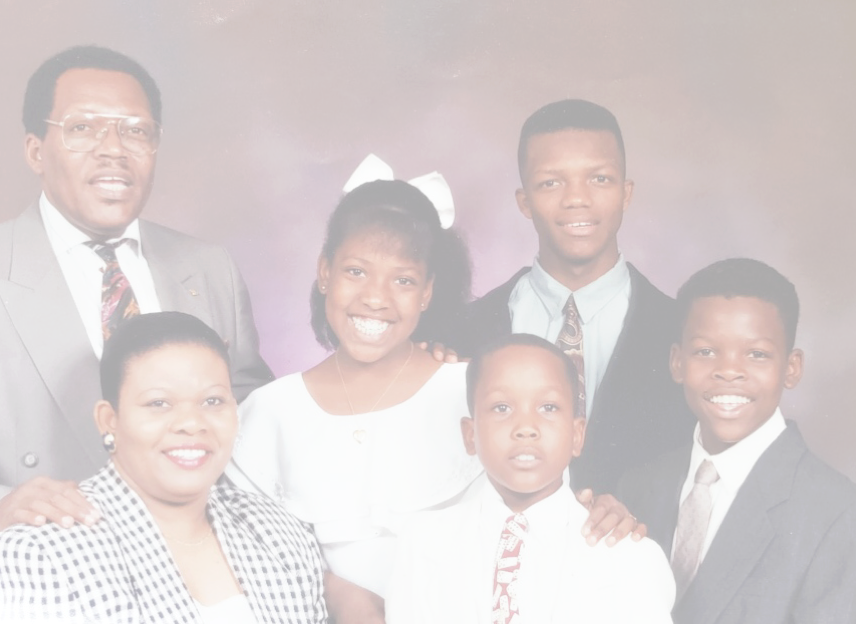 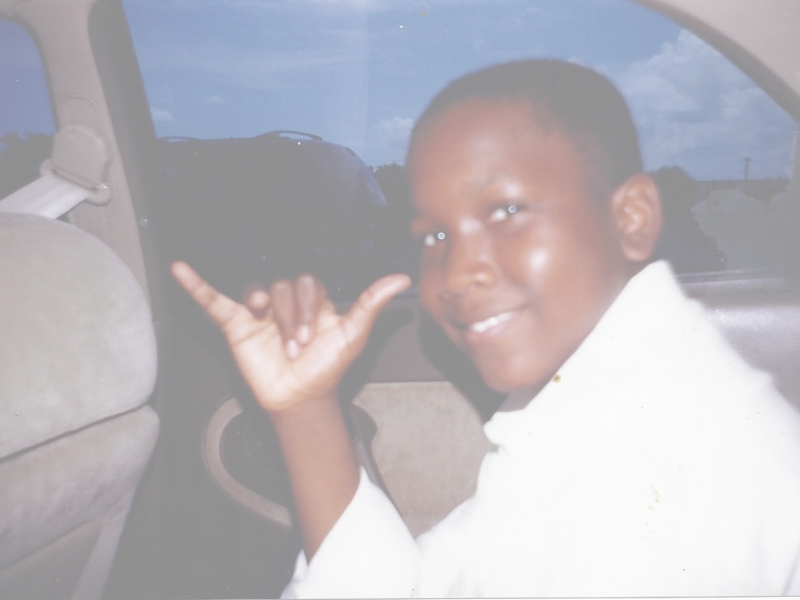 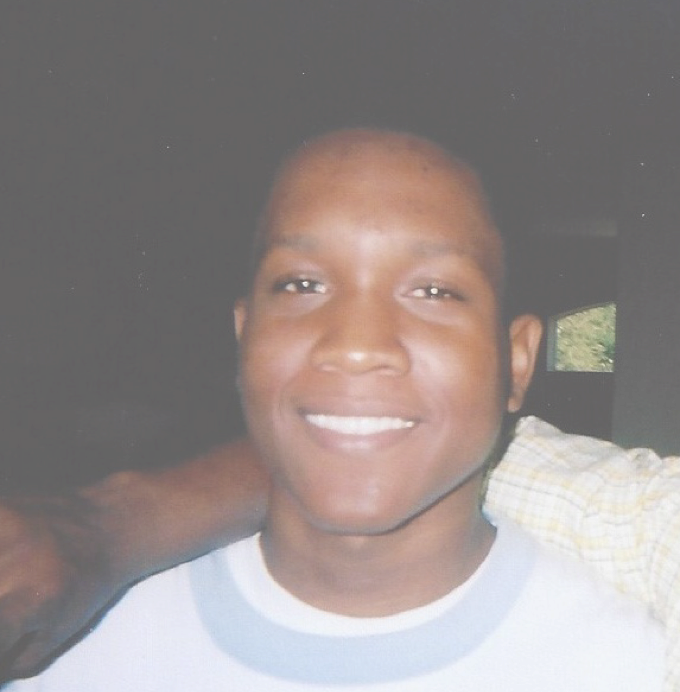 Calling 911 should not be a death sentence.

On April 11, 2019, Samuel Celestin suffered a severe crisis at his home. He became disoriented and unaware of his surroundings. His mother and sister called 911 for assistance in getting Samuel transported to a mental health facility. 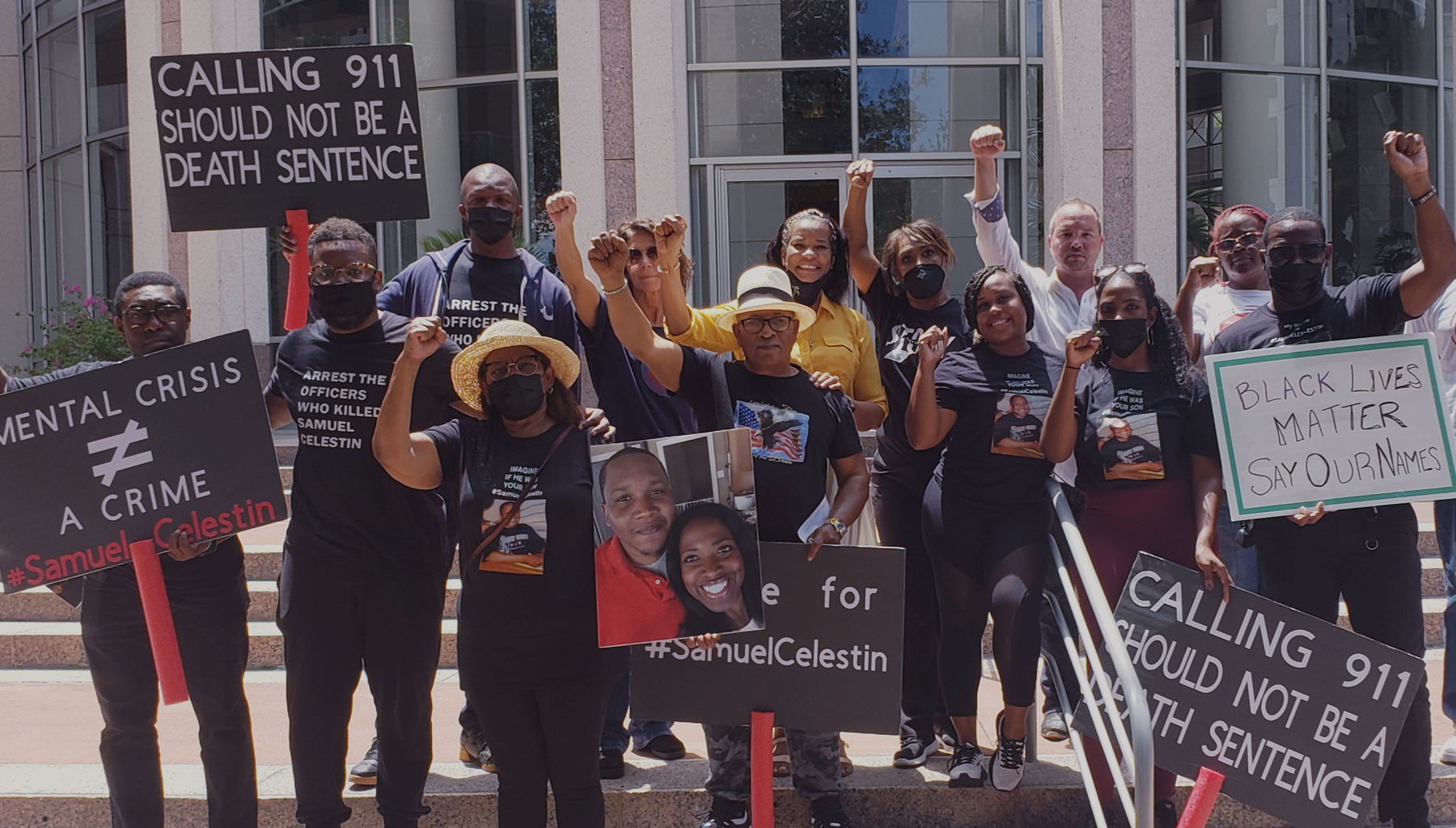 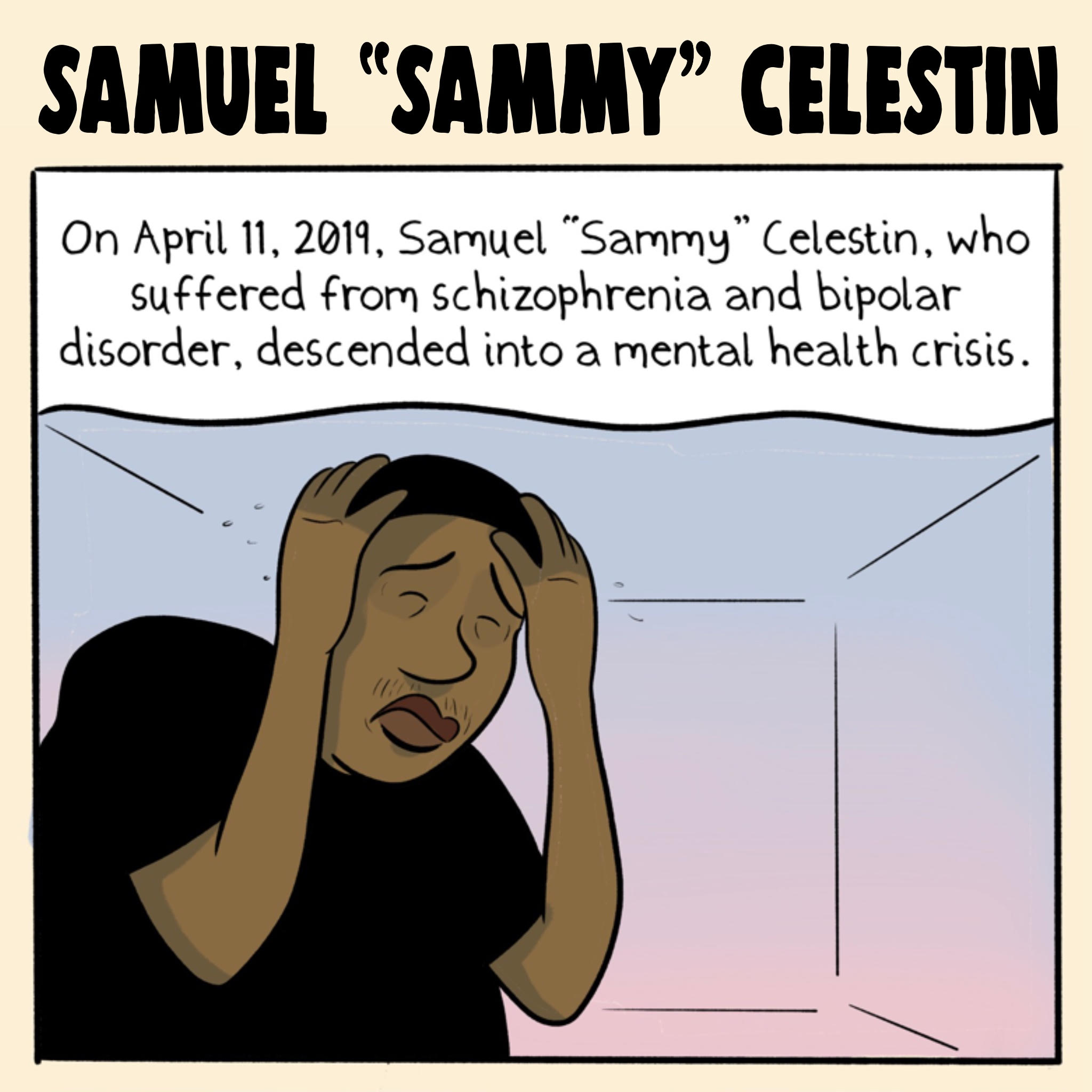 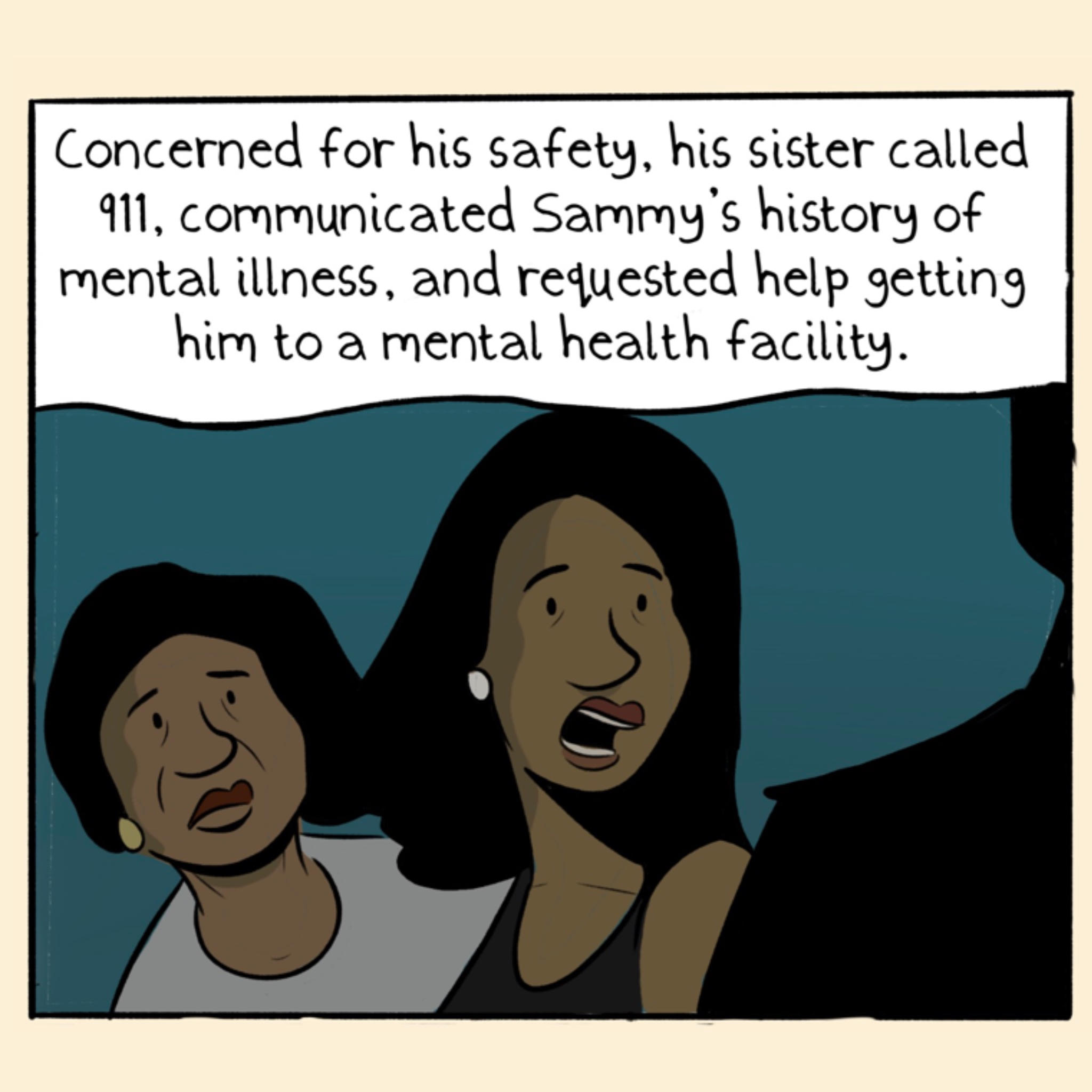 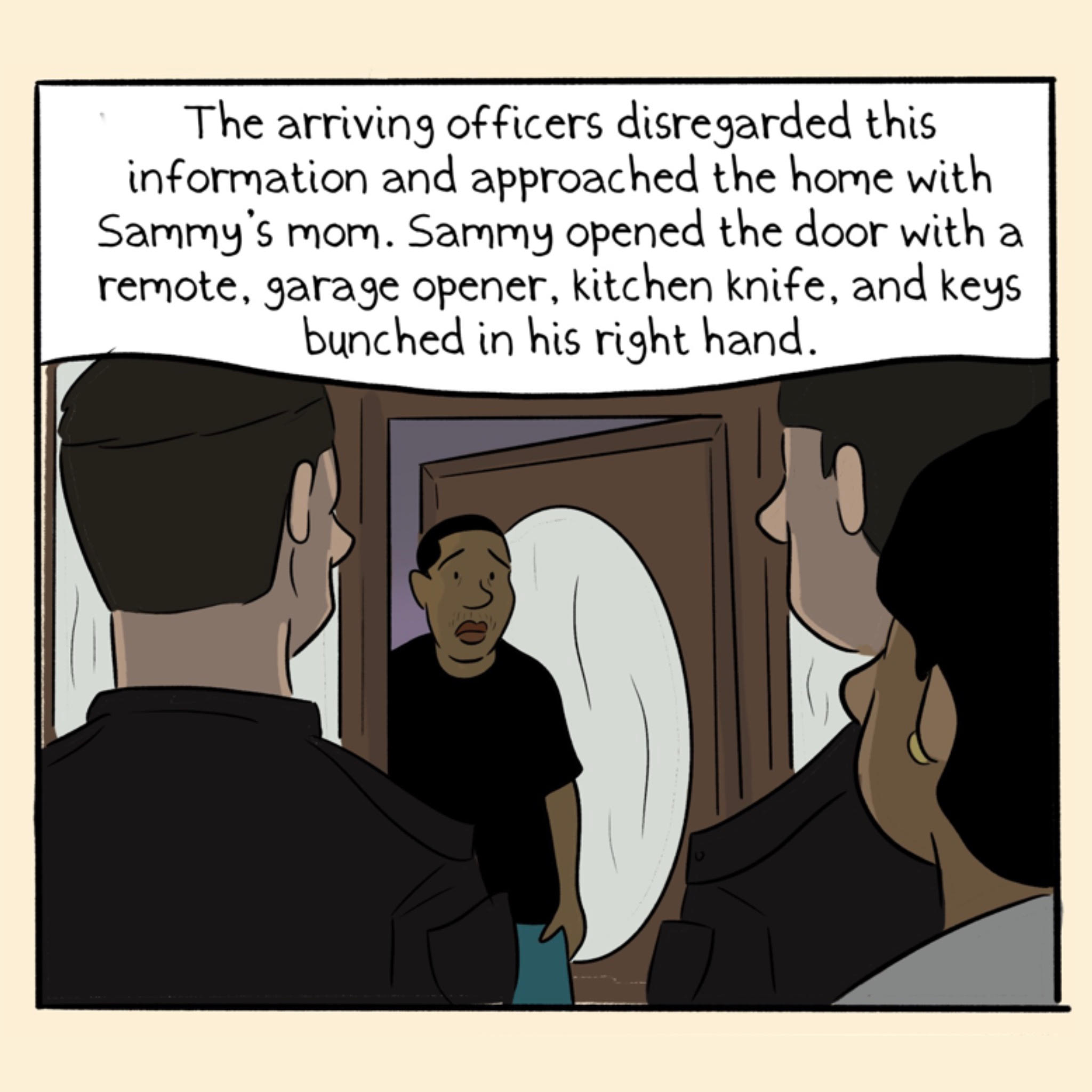 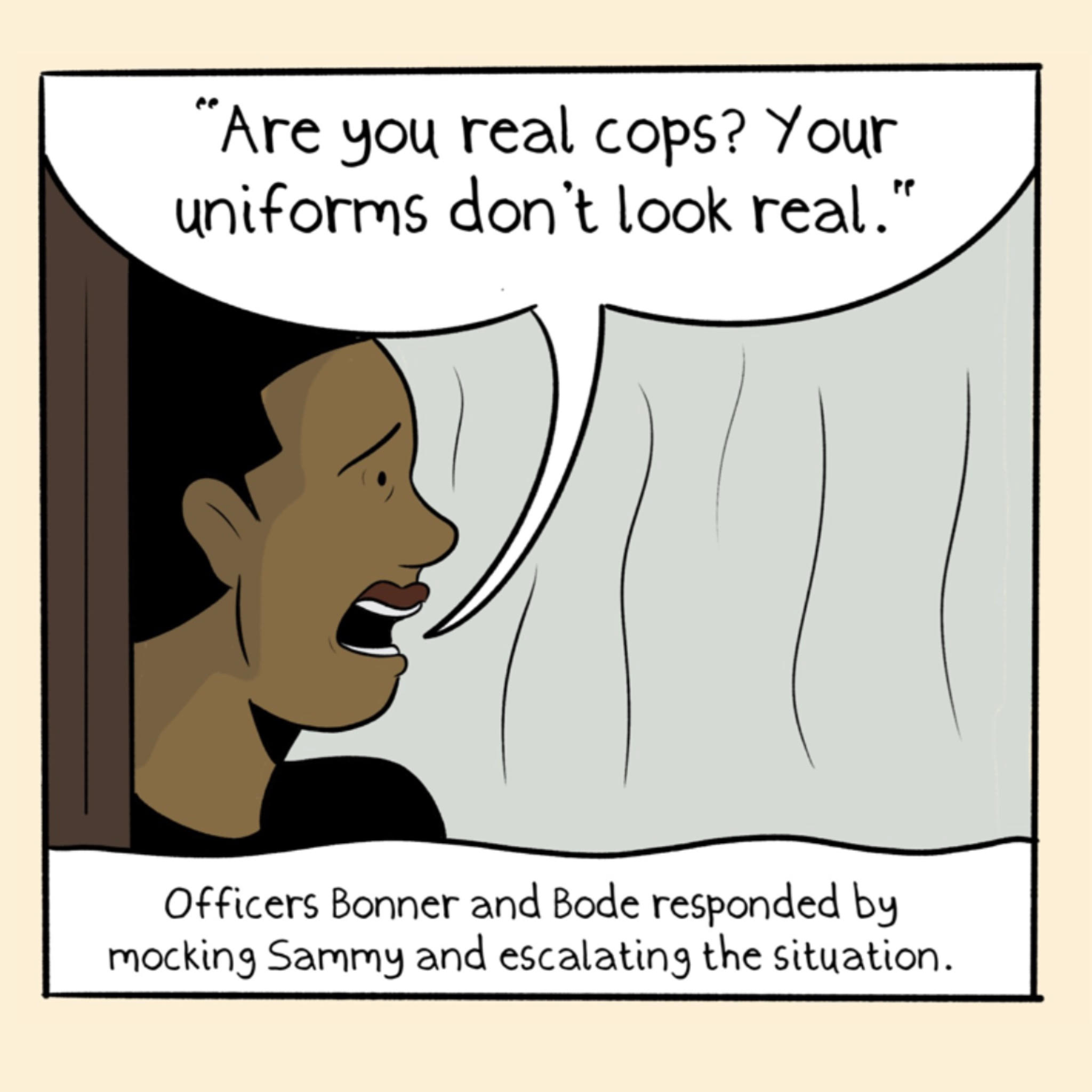 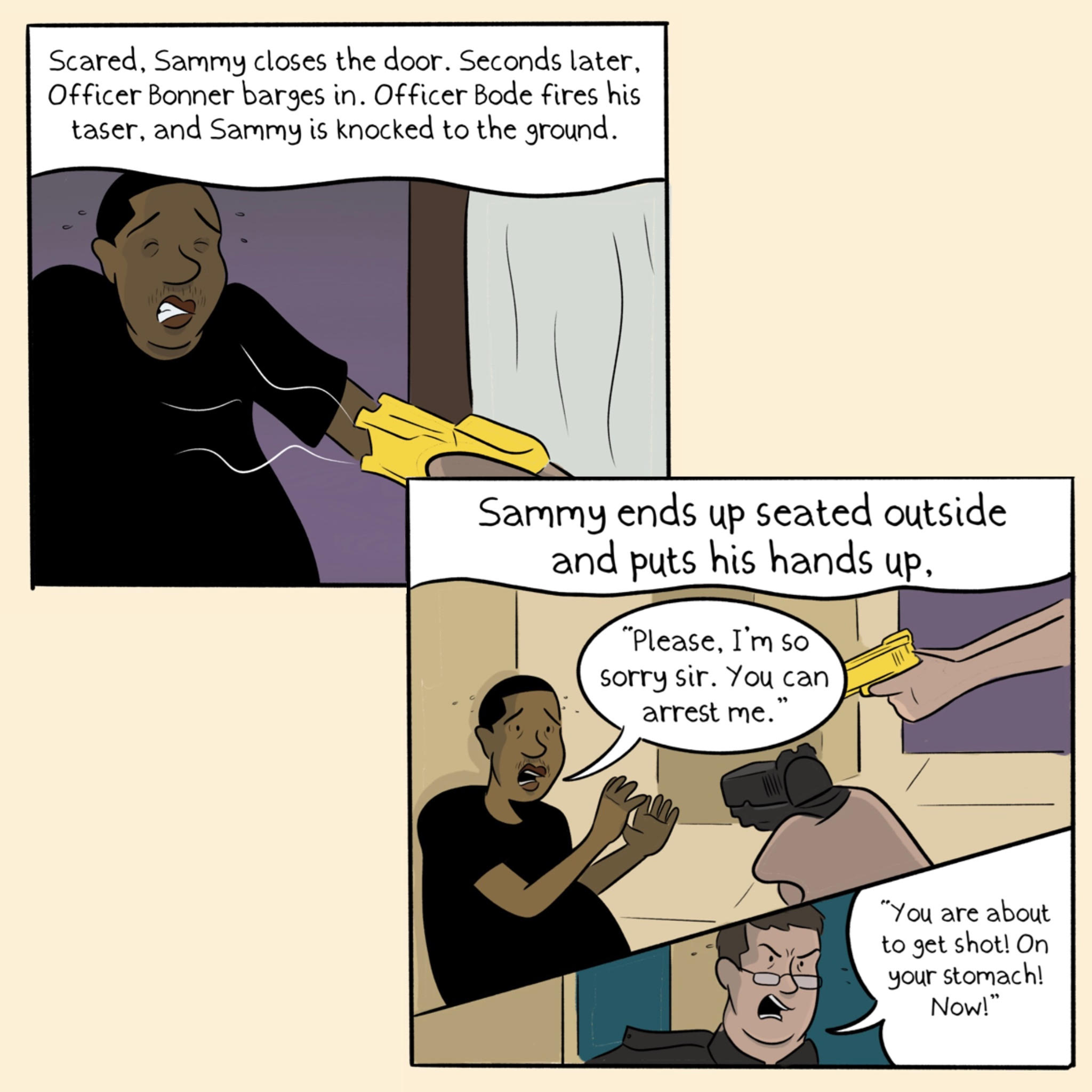 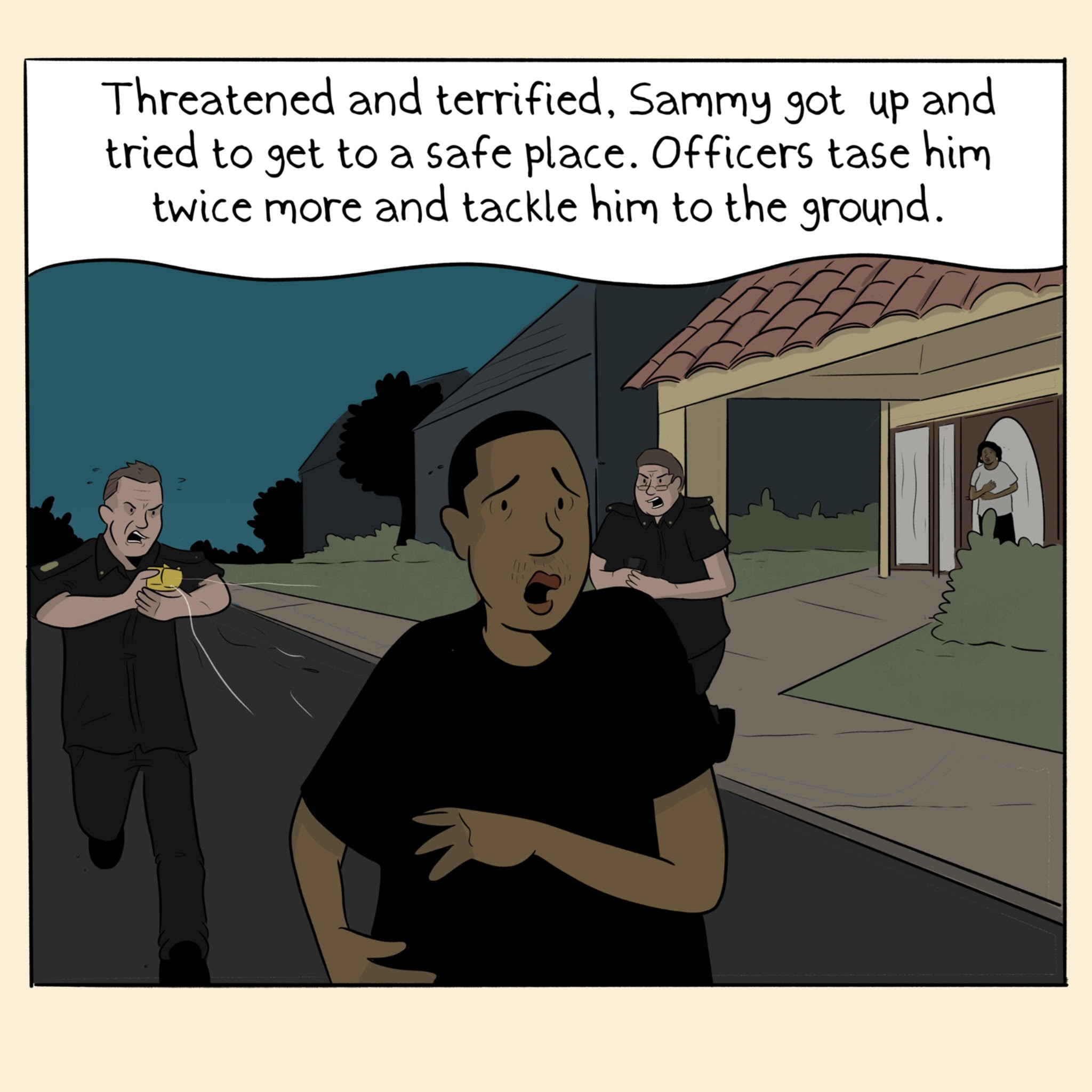 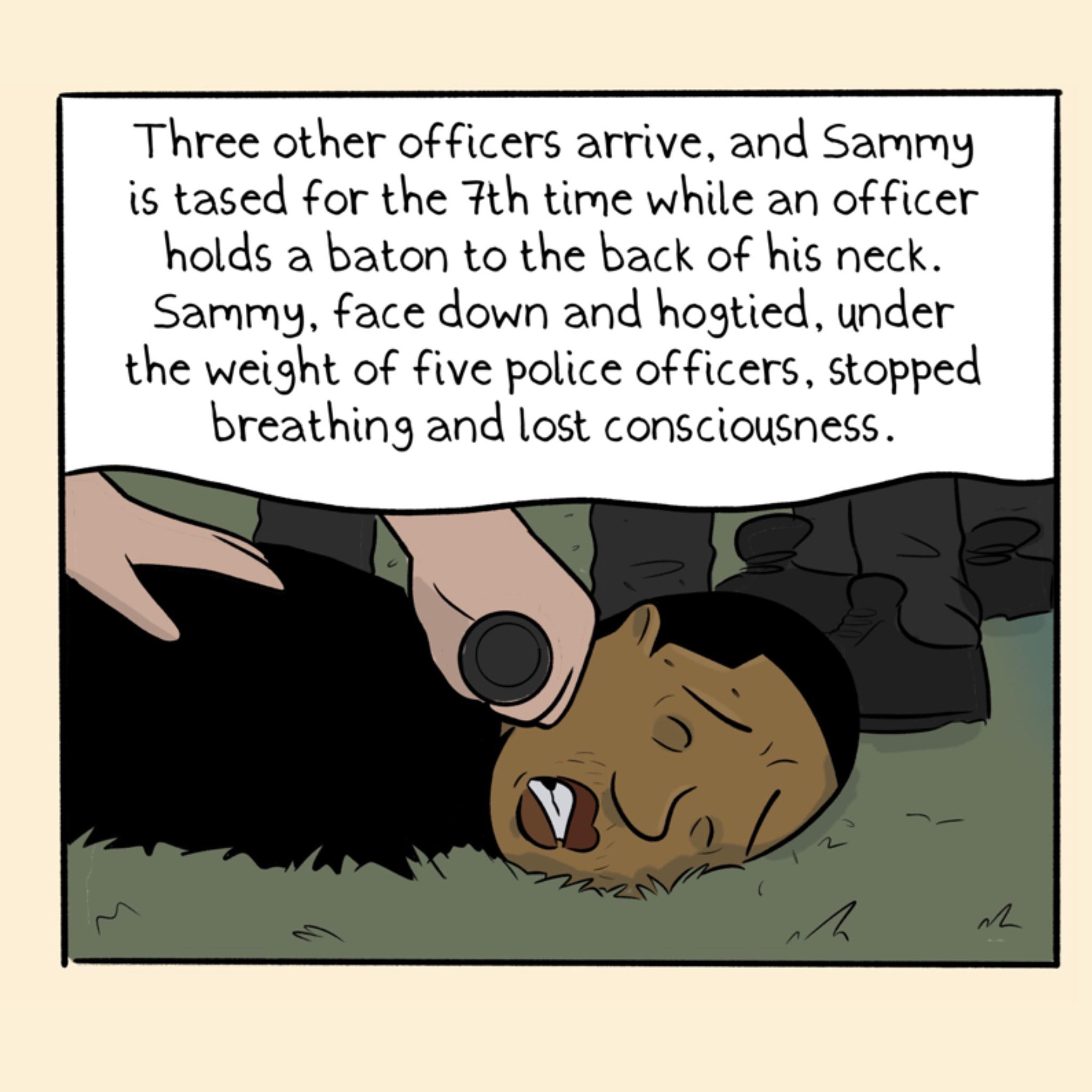 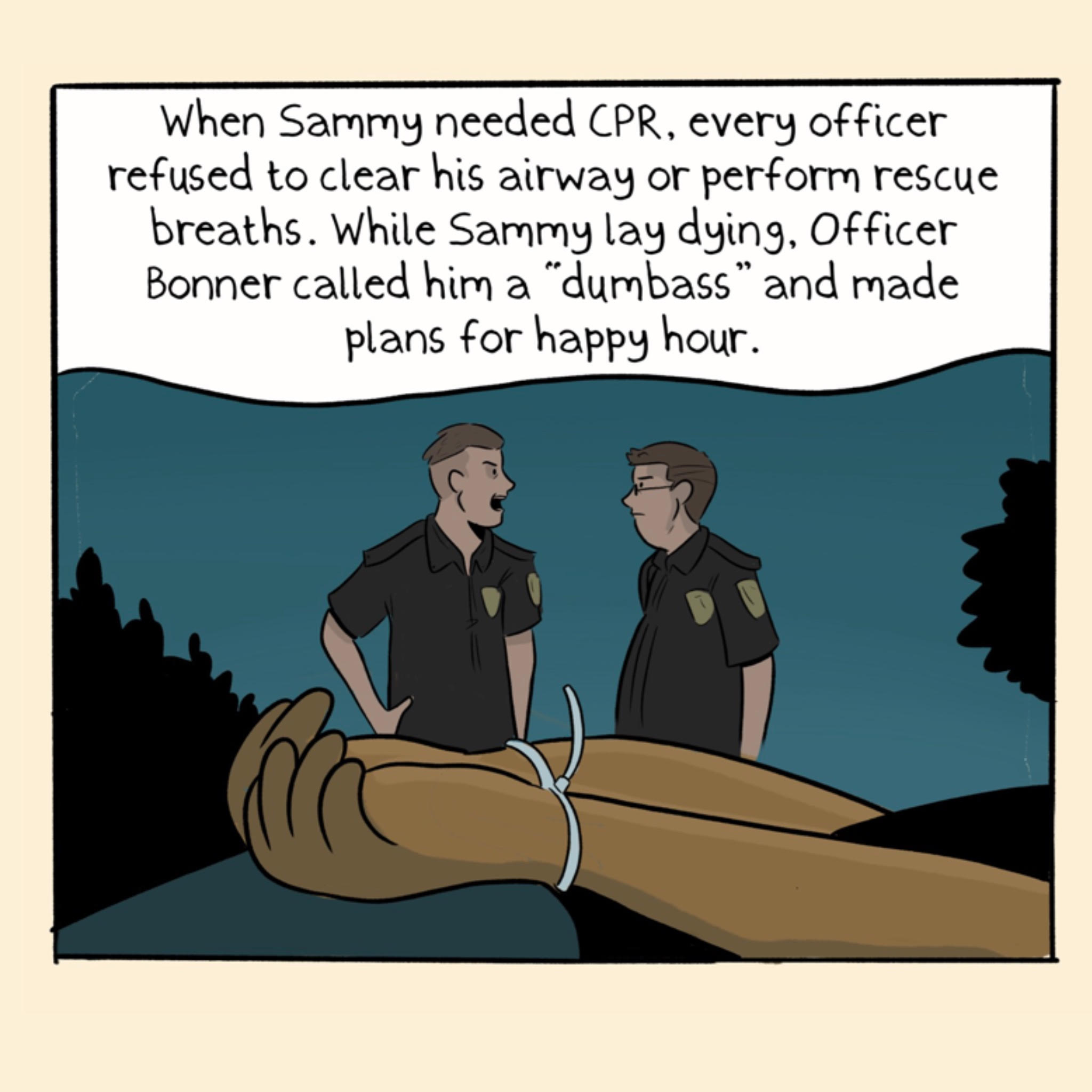 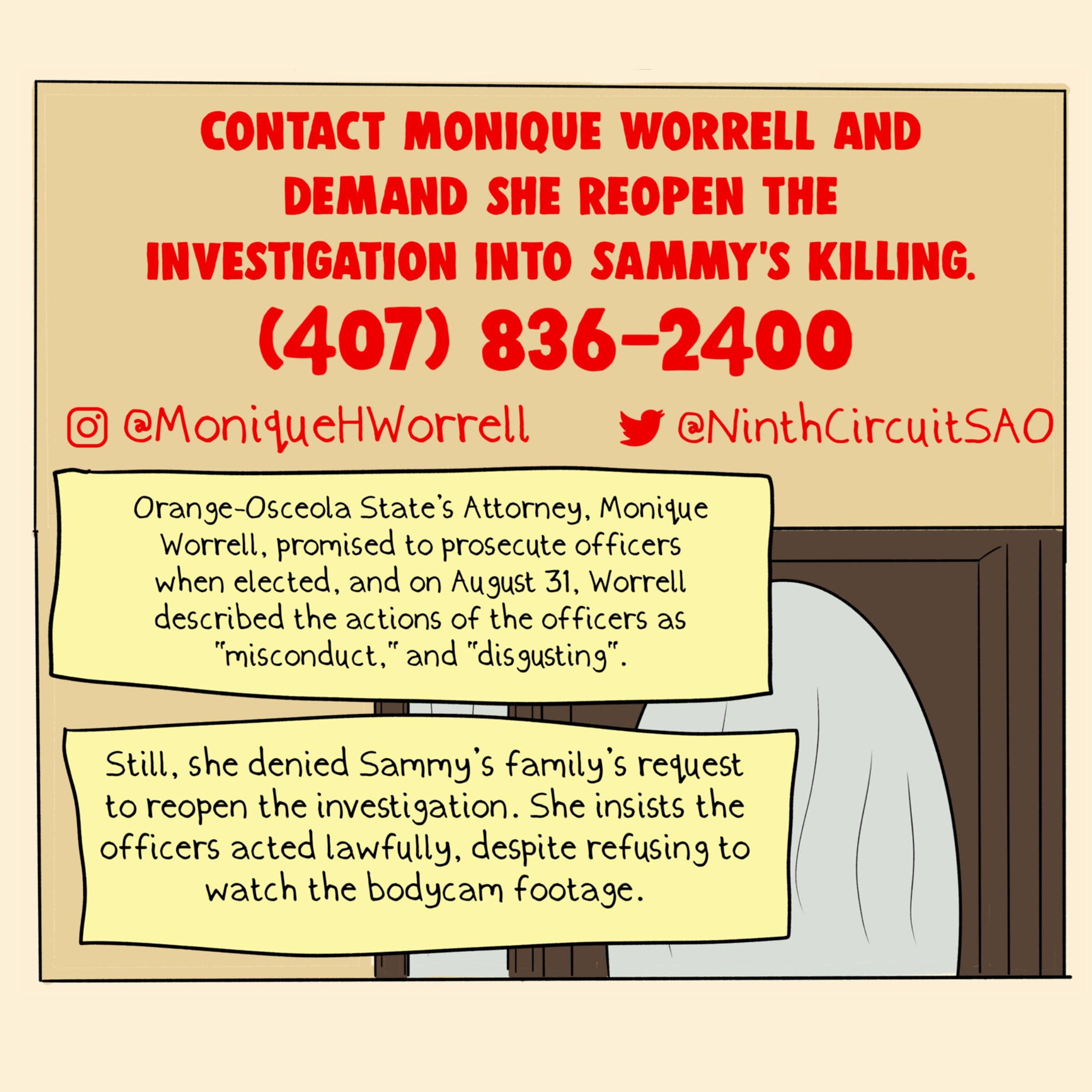 Mental Health Issues Are Not a Crime

On April 11, 2019, Samuel Celestin suffered a severe crisis at his home in Ocoee, FL. He became disoriented and unaware of his surroundings. His mother and sister called 911 for assistance in getting Samuel transported to a mental health facility.

Shortly after police officers arrived at the Celestin home, Samuel would be held at gunpoint, tased repeatedly, held down and hogtied, and left lying on his stomach until he stopped breathing. 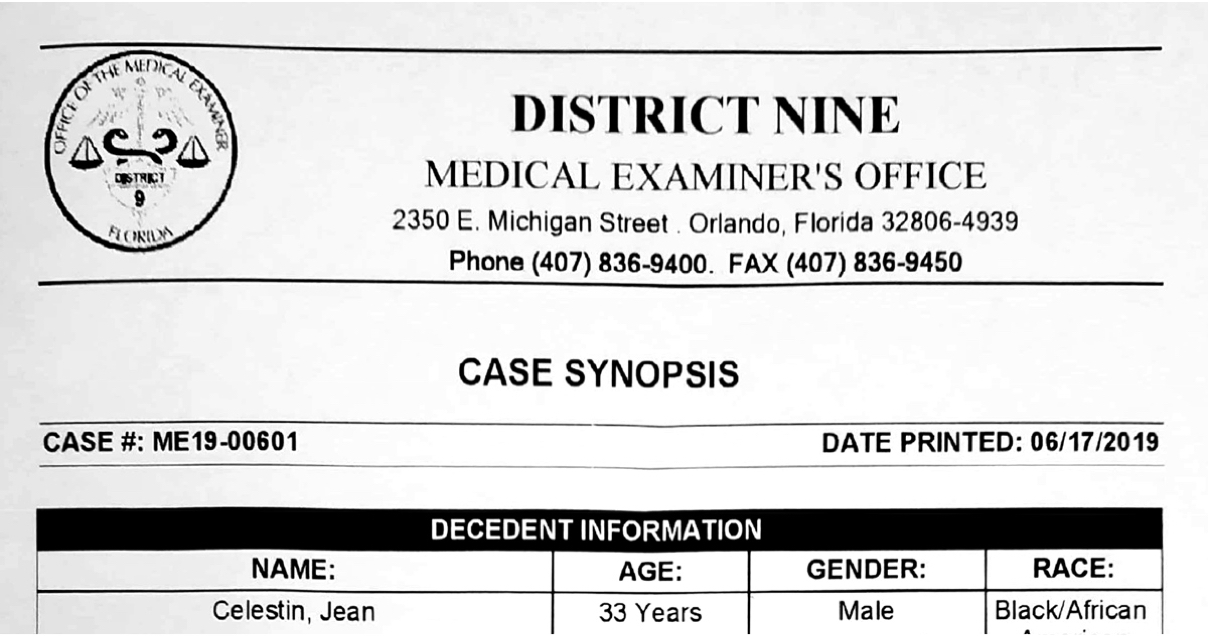 Samuel Celestin is killed by 5 White Police Officers in Ocoee, FL while suffering a mental health crisis. The medical examiner rules Samuel Celestin’s death a Homicide with the Cause of Death due to “Sudden Cardiorespiratory Arrest During Law Enforcement Subdual and Restraint.”

Monique Worrell is elected State Attorney for the Ninth Judicial Circuit Court of Florida after campaigning on a platform of police accountability and reform. Worrell promises to investigate cases involving the deaths of civilians by law enforcement, including those that took place before her administration.

Monique Worrell is sworn in as State Attorney for the Ninth Judicial Circuit Court for the State of Florida. In local media interviews, she describes herself as “a fierce advocate for justice.”

Almost two years after Sammy’s death, authorities finally release bodycam footage to the public after his family pleads for justice in the media.

The family of Samuel Celestin requests a meeting with State Attorney Worrell to reopen the investigation into his death. Worrell does not respond.

The family of Samuel Celestin holds a peaceful protest at Orlando City Hall to plead for State Attorney Worrell to meet with them regarding Samuel’s death. Worrell does not respond.

The family of Samuel Celestin are invited to attend a town hall organized by the community for State Attorney Worrell and tells the audience that Worrell has ignored their request to meet regarding Samuel’s case. Under public pressure, Worrell finally agrees to meet with the family.

The family of Samuel Celestin meets with State Attorney Worrell and requests that she reopen the investigation into Samuel’s death. State Attorney Worrell said that while Samuel’s death was “unjust” and she believes happened because he was Black, she would not pursue criminal charges against the officers. She tells the Celestin family that it’s “illegal” for her to prosecute these police officers and that they “cannot seek justice through injustice.” 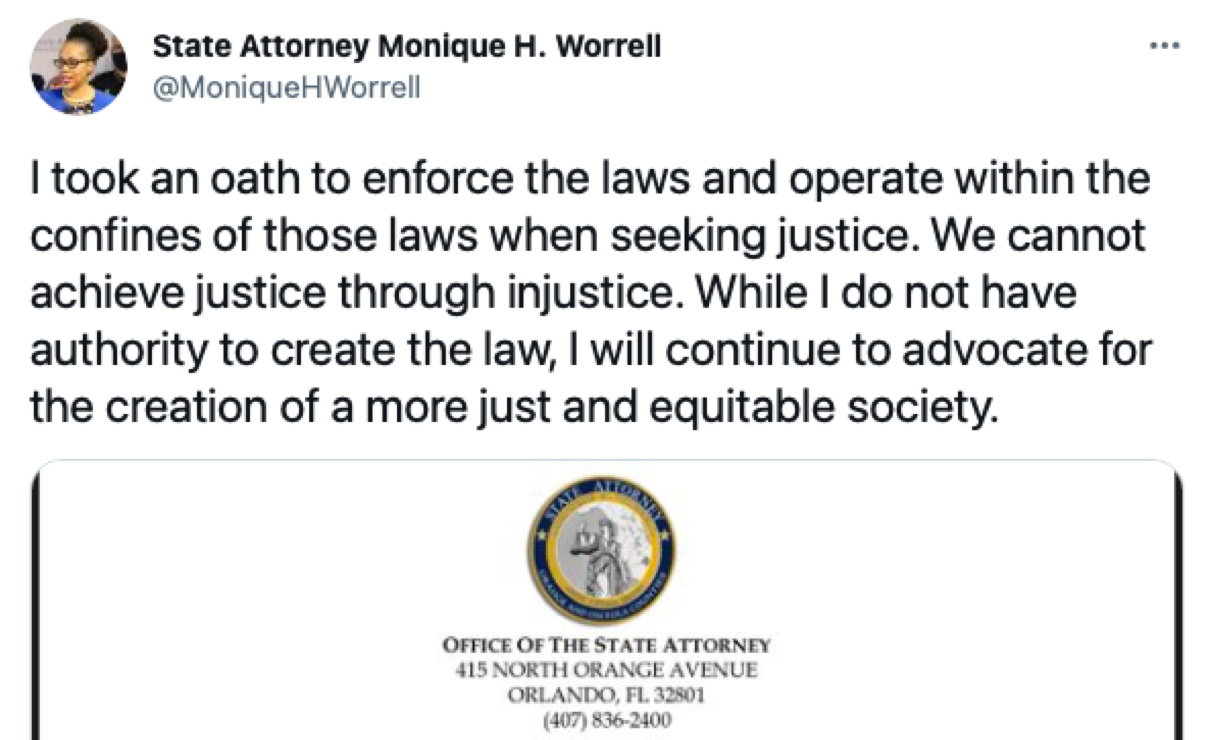 Samuel Celestin was born on August 23, 1985 in Port-au-Prince, Haiti. He was the youngest son of an attorney and a doctor. In 1989, at the age of 5, Samuel’s family immigrated to Miami, FL, where he attended an exclusive magnet program and excelled socially and academically. Samuel was a star pupil and received high marks. He served as class president and was voted “Most Likely to Succeed.”

At 12, Samuel discovered his love for basketball and dreamt of playing in the NBA. He was named captain of his high school team in only his sophomore year. But soon, Samuel found a bigger calling off the court. He began organizing weekly Bible studies for at-risk youth in Miami Beach and served as a mentor for those struggling with alcohol and addiction.

The Celestin Family originally hails from Port-au-Prince, Haiti. Jean B.D. Celestin was a prominent attorney and Rose Marie Celestin was a physician. When they first met, it was love at first sight. After three months of courtship, they got married and went on to raise four children, JC, Jean McGianni, Joanne, and Samuel, in the suburb of Delmas. The Celestins remained a closely-knit, churchgoing family. God, hard work, and humility were the pillars of their household. They set high standards for themselves and taught the children to set goals. “If you fail to plan, you plan to fail,” was their family motto.

But it wasn’t all work and no play for the family of six. One of their fondest memories are the summer trips to the beach off the coast of the island. As political tensions caused widespread uncertainty throughout the country, the Celestins immigrated to the United States in search of a safer life. In 1989, they settled in Miami, FL.

Despite being faced with a new language and way of life, JC, Jean, Joanne, and Samuel excelled socially and academically. They attended a Haitian-American church in Miami, where they sang in the youth choir and Sammy became a youth leader. They played sports, graduated with honors, and earned academic scholarships to attend college.

Following college, each sibling pursued their respective dreams, giving back in their own way. JC is a real estate investor and developer in New Orleans, LA. A former banking executive, he is currently on the board of Families Helping Families and Chair of the Economic Development Advisory Committee. JC earned a Bachelor’s of Science in Management with a Minor in Computer Information Technology at Tulane University. He completed his MBA at the University of New Orleans and is a longtime member of Alpha Phi Alpha Fraternity, Inc.

Jean lives in New York. A longtime tech business advisor, he is on the board of Candle Mountain Charity Inc., a non-profit organization that operates a school in a remote mountain village in Haiti. Jean graduated from Penn State University with a Bachelor’s of Arts in Political Science and a Minor in History. He is a member of Alpha Phi Alpha Fraternity, Inc.

Samuel attended Florida International University where he majored in Business until he was diagnosed with Schizophrenia in 2013. On April 11, 2019, 5 White Police Officers from the Ocoee Police Department and Windermere Police Department killed him during a mental health call for assistance to the hospital. Samuel was 33 years old.

Samuel’s path would take an unexpected turn. During his final year in high school, Samuel began to suffer from anxiety. Unable to understand what was happening to him, Samuel sought help privately, immersing himself in his Christian faith while battling severe bouts of depression. With the love and support of his family, he completed high school with a Bright Futures Scholarship.

After graduating, Samuel chose to stay close to home and attend Florida International University. He majored in Business, but halfway through his freshman year, Samuel’s mental health condition worsened.

Samuel’s family relocated to Ocoee-Windermere, a suburb outside of Orlando, in search of a new beginning and better medical treatment for him. Between 2013 and 2017, Samuel was diagnosed with Schizophrenia, as well as Paranoia, Anxiety and Bipolar disorder. 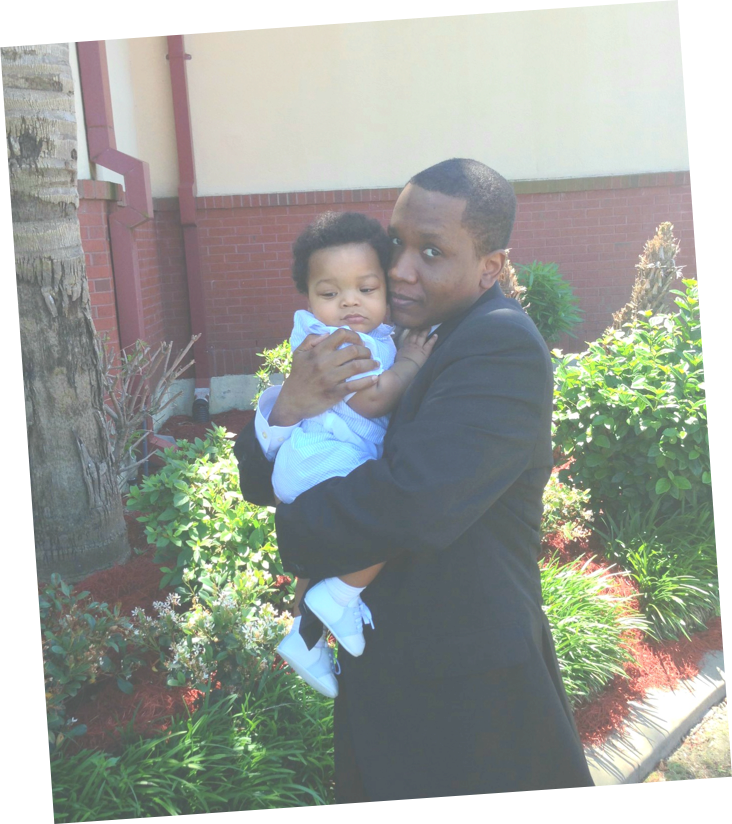 Despite his struggles, Samuel strove to get better. He returned to school, attended church, and volunteered to feed the homeless.

On April 11, 2019, Samuel suffered a severe crisis at his home. He became disoriented and unaware of his surroundings. His mother, a Doctor, and sister, an Emergency Room Nurse Practitioner, called 911 for assistance in getting Samuel transported to a mental health facility.

The Officers made fun of Samuel for not recognizing that they were “real cops” and antagonized him for being confused. They tased Samuel repeatedly while holding him at gunpoint, even as he put his hands in the air to surrender and begged for his life. Then they held Samuel down with an asp, hogtied him, and left him on his stomach until he stopped breathing.

When the Officers realized Samuel was no longer breathing, they refused to clear his airway or perform mouth-to-mouth CPR. Instead, they cursed at Samuel's dying body laying in the grass.

Hours after Samuel died, the Officers told his mother that he was still alive. They tried to convince his mother to press charges against him. It was not until she insisted on seeing him that one of the Officers finally admitted that Samuel was dead. 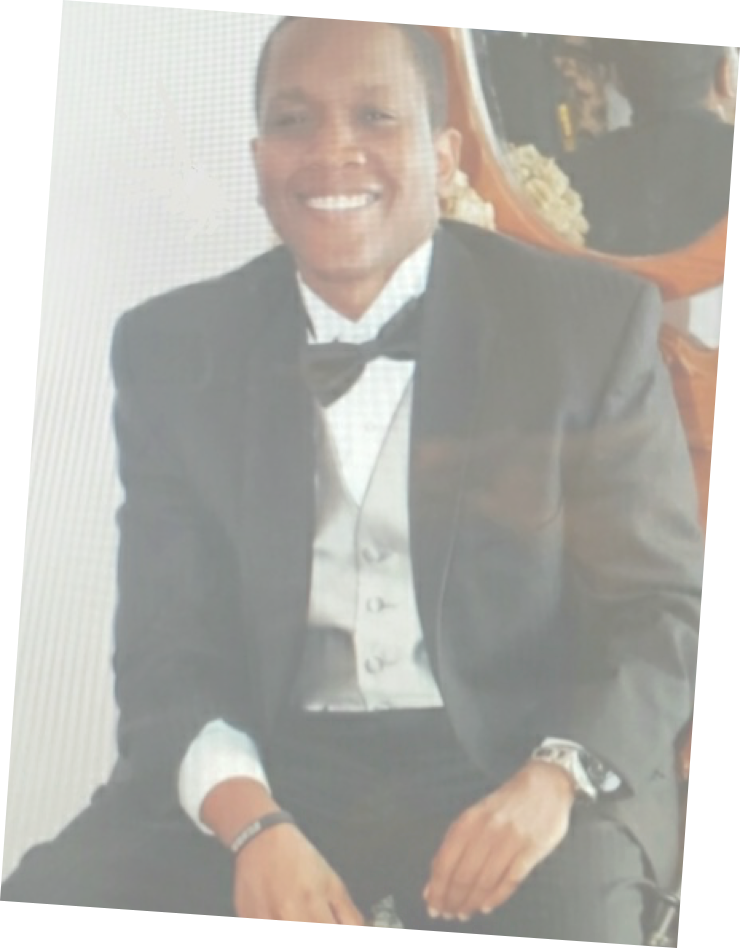 Listen on The Next 72 Hours

Marsy’s Law debate: Are officers victims if they get threatened? Case heads to Florida Supreme Court

‘She Was Marching Along with Us’: Family of Man Who Died After Being Tased By Florida Police Feels Duped By Prosecutor Who Denied Request for New Investigation

Family of man who died after being tased by Ocoee, Windermere cops says Worrell refused plea for new probe

Family of man who died after being tased by Ocoee, Windermere police files lawsuit